On 3rd December 1918, less than a month after the end of World War 1 Private William Verity Hart  passed away as a result of injuries sustained during his service with 10th Battalion Royal Warwickshire Regiment.  Aged 21 at the time of his death, Billy had enlisted  in 1915 and had been discharged from duty in June 1917 due the effects of  mustard gas.

Billy was the only son of Joseph and Ellen Hart of Kirkby in Ashfield, Nottinghamshire. Before joining the army he had worked in the coal mines starting as a Pit Pony driver age 14. He had five sisters one of whom was my grandmother who made sure he was remembered by her family 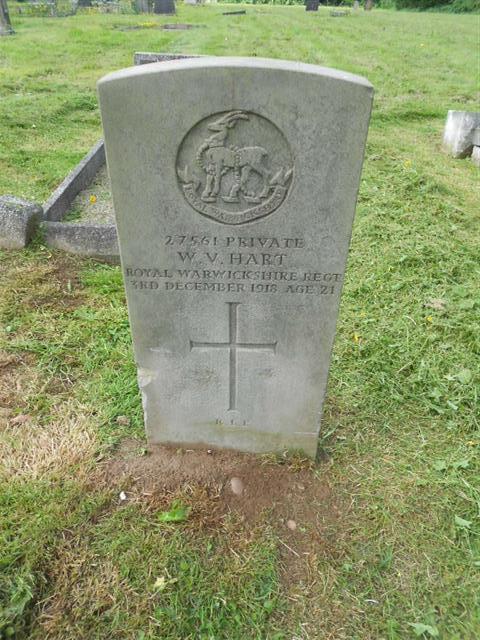